A developing embryo reverses signs of ageing and appears younger than the fertilised egg from which it arose. The finding suggests that embryos are able to rejuvenate, which could lead to ways of reversing age-related diseases.

One of life’s great mysteries is how aged parents produce youthful offspring. Our cells show signs of age as a result of the accumulation of damage wrought by the environment and the body’s metabolism, and yet the eggs or sperm that our bodies make can combine to produce a baby biologically younger than its parents.

This has led biologists to suggest that the germline, the cells that give rise to eggs and sperm and which carry genes down successive generations, are immune to ageing. But recent research shows that not only does the germline age, but that ageing starts even as embryos develop in the uterus, much sooner than we thought.

“Then the question is, if ageing begins earlier, when does it actually begin?” says Vadim Gladyshev at Brigham and Women’s Hospital in Boston.

Age-related damage manifests as changes to patterns of chemical marks – known as methylation – on the DNA in the genomes of cells. These “epigenetic clocks” correlate…

Some people get great pleasure from boozing while others can take or leave a drink. We ‘re beginning to work out why,  says Claire Ainsworth

LARS IGUM RASMUSSEN and his mates were going large. Donning their lederhosen, the three middle-aged men headed into Oktoberfest in Munich, Germany, the world’s biggest folk and beer festival. There, each proceeded to quaff an average of 7.5 litres of beer a day, for three days. It was a spectacular bender.

Getting hammered wasn’t the main aim of the exercise, however: Rasmussen is health correspondent for Danish magazine Politiken and was writing a story exploring the physiological effects of binge drinking. To understand what was happening to him and his friends, he had enlisted the help of metabolic physiologist Filip Knop at the University of Copenhagen. While Rasmussen was interested in finding out what havoc excessive boozing wreaks on the bodies of middle-aged men, Knop had another motive for getting involved. He and his colleague Matt Gillum had been itching to test a new idea about people’s appetite for alcohol – but couldn’t, in good conscience, solicit anyone to partake in a binge of this magnitude. “It would give the ethics officer a heart attack,” says Gillum. Volunteers, however, were a different matter.

What Knop and Gillum discovered is helping to build a picture of how our bodies control our boozing habits, from the amount we drink to when we stop. The research is homing in on a hormone that partly explains the huge variation in our social drinking habits: why some people are teetotal or can’t drink much, while others are lushes. It also points to the startling idea that our livers have more say in directing our behaviour than anyone imagined.

Of course, people choose to …

RUN run run run run THUD run run run run run THUD. This is the steady beat of the Power Tower as it subjects a cohort of athletes to extreme fitness training. Each round starts with a vertical sprint up a smooth wall, before a jolt from the machine sends them tumbling to the bottom again. Hour after hour, hundreds are put through their paces. And wow, do they get results: stronger hearts, faster climbs, greater endurance and a metabolism wired to resist stress. Not bad for a small fly you would usually find haunting bananas or floating face down in your glass of Shiraz.

Fruit flies aren’t the first thing that springs to mind when you think of fitness training, but they are providing a surprising window on the biology of exercise. They aren’t even the strangest invertebrate hitting the gym. That medal goes to a tiny nematode worm called Caenorhabditis elegans whose transparent body allows scientists to see the physical consequences of activity in action.

But there’s a problem. You can’t just plonk these creatures in front of a workout video and tell them to feel the burn. So how do you get a fly to drop and give you 20 or a worm to run a marathon? Like any good personal trainer, you understand your client’s motivations and craft your workout accordingly. That’s where the Power Tower comes in – along with laser treadmills, electrified swimming pools and other unusual gym equipment. It isn’t just the invertebrates that benefit either. This fiendish research is generating unique insights into how exercise affects human health and ageing … 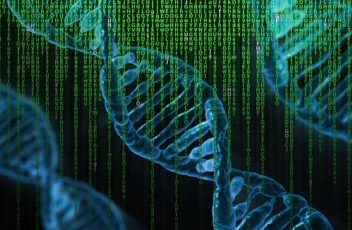 Patients with rare diseases, and the scientists who study those diseases, were long inhibited by geographic sparsity. But the social-media age has made it much easier for them to band together to leverage their experience and push forward change.

“There were 150 people in one room at the same time suddenly being able to share. And that was so powerful.” Jillian Hastings Ward recalls attending the first conference, in September 2019, involving scientists, clinicians and the parents of children with a group of rare genetic neurological conditions called ‘GRIN disorders’. There are probably just a few hundred people in total worldwide with GRIN disorders, which means research into their conditions is scarce and there is no cure.

The conference is part of a drive involving the CureGRIN Foundation, a GRIN patient advocacy and patient-led research network, that aims to change that. For Hastings Ward, who is a member of CureGRIN’s board and whose six-year-old son Sam has a GRIN disorder, it felt like a real turning point. “It was really moving to see that many people get together, and the energy it generated in the room was fantastic,” she says. “That ability that we have to help them prioritise, do further research, is something that I’m quite hopeful about in the future.”

This idea of patients coordinating and driving the direction and pace of research is the raison d’être of a growing rare-disease patient movement that aims to transform the relationships among patients, scientists, clinicians and the pharmaceutical industry and thus bring treatments to the clinic much faster than would otherwise be possible.

Patients and their families are forming communities that go beyond patient support and advocacy, and they are actively networking scientists and clinicians together, building medical registries, deciding on research priorities, identifying scientists to work on these priorities and raising funds to support them.

This emerging role of patients as builders of new research-enabling infrastructures represents a shift away from the traditional narrative, in which patients are simply recipients of the fruits of medical research, toward one in which they are active, equal partners in its coordination, design and execution… 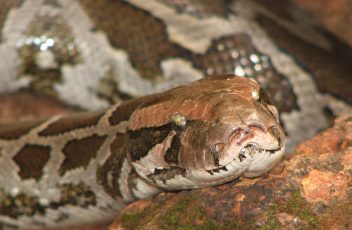 Sex chromosomes in every cell of the body exert widespread and sometimes unexpected effects.

It was the mouse equivalent of the midnight munchies. Instead of sleeping normally, Karen Reue’s lab mice were waking early and nibbling on extra snacks, which was making them obese. On investigation, she was surprised to find that the probable reason for this out-of-hours feeding was the genetic sex of their cells — the number and kind of sex chromosomes they contain. “It wasn’t at all what we expected,” says Reue, a geneticist at the University of California, Los Angeles (UCLA).

“There is a huge consequence to having two X chromosomes versus an X and a Y.

The idea that our body cells have a ‘sex’, and that this property has consequences for our health, has taken biologists by surprise. Experiments performed in the mid-twentieth century had implied that the hormones produced by the ovaries or testes were the source of physiological differences between males and females. But Reue’s findings are part of a growing body of evidence showing that hormones are only part of the story. It now seems that the genetic sex of cells is crucial too. Cellular sex may also help to explain why women and men have different susceptibilities to conditions such as obesity, heart disease, neurodegeneration, autoimmunity and cancer, and why such conditions can behave differently in the two sexes. Certainly, when it comes to metabolism, “there is a huge consequence to having two X chromosomes versus an X and a Y throughout your whole body,” says Reue…